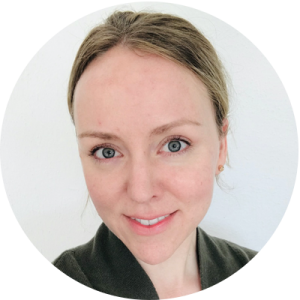 The STEM fatale Initiative member Aglaja Kopf was interviewed for the article series “Geistesblitz” by Der Standard. In this science communication series, she is sharing exciting details about her research on immune cell migration. In her thesis, Aglaja particularly investigated the role of microtubules in the leukocytes’ sensing of their own shape.

She started from bone marrow cells and turned them into mature leukocytes, which she activated by introducing cell wall fragments from E. coli bacteria. She then used advanced 3D microscopy to film and study the movement of leukocytes both in fabricated micro-channels and in model organisms.

Aglaja found that first, the microtubule-organizing center acts as a pathfinder by moving into the winner protrusion, the arm along which the cell will move. This is followed by a local break down of microtubule filaments in the looser protrusions which soon after are retracted. When microtubules were experimentally destroyed in migrating leukocytes, the cells became entangled because exploratory protrusions kept on growing, making it impossible for the cell to decide for a specific migration route, which frequently resulted in fragmentation and ultimately cell death.

All cells in our bodies have some kind of sensing capabilities for their own shape. Studying this process could allow us to find better treatment options for certain diseases and support our immune cells on their hunt for intruders inside our bodies.

This website uses cookies to improve your experience while you navigate through the website. Out of these cookies, the cookies that are categorized as necessary are stored on your browser as they are essential for the working of basic functionalities of the website. We also use third-party cookies that help us analyze and understand how you use this website. These cookies will be stored in your browser only with your consent. You also have the option to opt-out of these cookies. But opting out of some of these cookies may have an effect on your browsing experience.
Necessary immer aktiv
Necessary cookies are absolutely essential for the website to function properly. This category only includes cookies that ensures basic functionalities and security features of the website. These cookies do not store any personal information.
Non-necessary
Any cookies that may not be particularly necessary for the website to function and is used specifically to collect user personal data via analytics, ads, other embedded contents are termed as non-necessary cookies. It is mandatory to procure user consent prior to running these cookies on your website.
SPEICHERN & AKZEPTIEREN